Located in north central Tennessee, Nashville is the state’s second-largest city and the fourth-largest city in the Southeast United States.

Built along the banks of the Cumberland River that bisects the downtown area as it exists today, Nashville was founded as a fort and trading station in the westward-growing frontier of 1779.

Nashville is known as Music City, the Athens of the South, and as the “buckle” of the Bible belt.

Is Tennessee a no-fault state? No, it’s an at-fault state. Nashville drivers must carry a 25/50/10 level of Nashville car insurance as the legal minimum. The numbers refer to liability and property damage:

The above 25/50/10 rates represent only the minimum that state law requires. Most drivers will be better served by carrying higher levels of coverage. Their premiums will be higher, but likely not greatly so.

Given the high costs of medical care, $25,000 will not pay for serious injury.

Every Tennessee driver should take the time to compare Tennessee car insurance.  Our FREE comparison tool will help you find cheap coverage and save money.

Check out the monthly Nashville, TN auto insurance rates by ZIP Code below:

You might find yourself asking how does my Nashville, TN stack up against other top metro auto insurance rates? We’ve got your answer below.

These states no longer using gender to calculate your auto insurance rates — Hawaii, Massachusetts, Michigan, Montana, North Carolina, and Pennsylvania. But age is still a significant factor because young drivers are often considered high-risk. Tennessee does use gender, so check out the average monthly auto insurance rates by age and gender in Nashville, TN.

Nashville was a successful and prosperous town in 1860 when it had 16,988 residents and had grown by 67 percent since the census of 1850. As rumblings of secession grew louder prior to the outbreak of the Civil War, Nashville found itself in a rather precarious position.

It already was the seat of state government, but also marked a change in the topography of the state.

To the east are rolling hills that never did lend themselves too well to plantation activities, culminating in an eastern border of mountains that were not agricultural at all, at least not on the scale of what we regard as an antebellum plantation.

The result in Tennessee was that the state literally fought itself during the Civil War. Tennessee did secede from the Union, but there are numerous stories of brother fighting brother during the war, which split families all across the state.

After the Civil War, Nashville occupied a prime location that had led to its prewar success in commerce. Nashville continued its growth into the 20th century, even experiencing quite a business and population boom in the 1990s.

Today, Nashville is a city of 635,710, a figure that does not include the expansive growth in the county to the southwest of Nashville or other communities that lie outside of Nashville proper.

This population exists along continuous lines where only road signs indicate exit from Nashville and entry into a neighboring town.

In this metropolitan statistical area that includes not only Nashville’s 635,710 people but also the population of several adjacent counties, there is a combined population of more than 1.5 million.

Nashville contains rather large populations of ethnicities and nationalities that most would not expect to find in the Upland South. The more common ethnic groups represented in Nashville are:

Average annual incomes are not as high as some other Southern cities. In January 2011, the cost of living in Nashville was only 89.5 on a scale that sets the national average at 100.

Laws for Car Insurance in Nashville

Nashville car insurance laws are established at the state level, but of course, they are enforced at the local level. There is no indication that databases track issues such as insurance renewal dates or that they take any specific action if coverage lapses.

Throughout the entire state, anyone wishing to renew their auto registration must provide proof of current insurance coverage.

As a large city and the capital of Tennessee, every car insurance company licensed in the state of Tennessee operates in some capacity within and around Nashville.

Some Tennessee auto insurance companies have only an online presence and use contracted local adjusters. Drivers should know their state’s requirements and talk to their companies about what is needed.

There are many car insurance agencies in Nashville. One website lists well over 300 agencies local to Nashville.

Most of these agencies are associated with a specific car insurance company, but there are several independent agents as well.

An independent agent is one who represents several insurance companies and generally strives to provide customers with the best value rather from the customer’s perspective.

Tennessee did not begin making liability coverage mandatory until 1999. Prior to that time, rates were much higher than they are today because there was a high probability that at least one driver involved in any accident had no insurance.

Compliance with the law was not instantaneous, of course, particularly among those who had driven for decades with no insurance at all.

Basic liability and property damage rates are established by the state, but each company makes its own choice for other services such as comprehensive coverage and add-on services.

On the basic required items only, Tennessee ranks 39th in overall rates in the entire country.

Expect to pay about $1,600 a year, or $133 a month on car insurance in Nashville. Rates likely are higher in Nashville because of its higher population, greater accident rates, and higher crime rates when compared to outlying areas.

As the capital of Tennessee, Nashville has high traffic levels and therefore more accidents than would be expected in a smaller city.

Before afternoon rush hour on a Monday in August, there were thirteen traffic accidents noted by Nashville police.

Certainly, there will be others as office workers head home, but assuming ten as an average number of accidents every weekday – and none on the weekends – car insurance companies can expect there to be at least 2,610 accidents each year.

Insurance rates will be higher in Nashville than in Minot, North Dakota, where the population is lower and state rates are lower than in Tennessee.

There are many traffic laws to help people stay safe on the road! Every driver should try their best to follow these laws!

Many individuals stay with the same insurance company literally for decades. This is a good thing in many respects, for both the driver and the company.

Particularly when working with a local insurance agent, the individual who has a long-standing relationship with people in the local area may have a greater comfort level with the company and even with the entire industry.

From the company’s perspective, it is far less costly to retain a good customer than it is to replace one.

Most people should be checking general rates from competing companies at least every couple of years or so.

The internal quantities that individual companies use change over time and each company may give different weights to specific components of a single rate car insurance quote.

Furthermore, companies simply differ in how they do their business and what they consider important.

If a driver compares rates to find a quote much lower than what he pays with his current insurance provider, it may be that his current company will reduce his average car insurance premium to match the lower quote of a competitor rather than risk losing a high-value customer.

Don’t waste your time comparing quotes when we can do it for you!

Enter your ZIP code below to compare rates and read our Car Insurance Guide to find all the answers on car insurance. 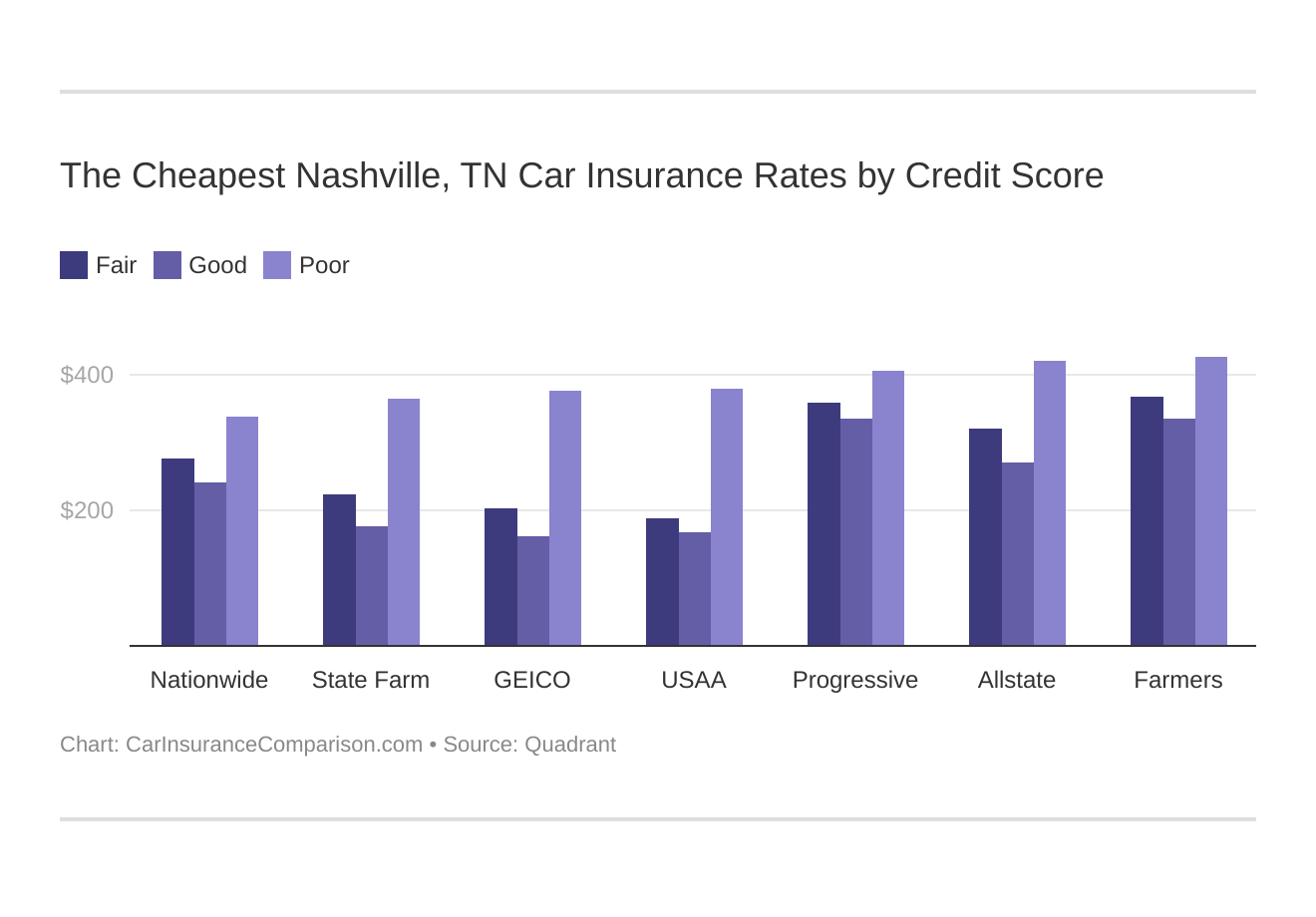 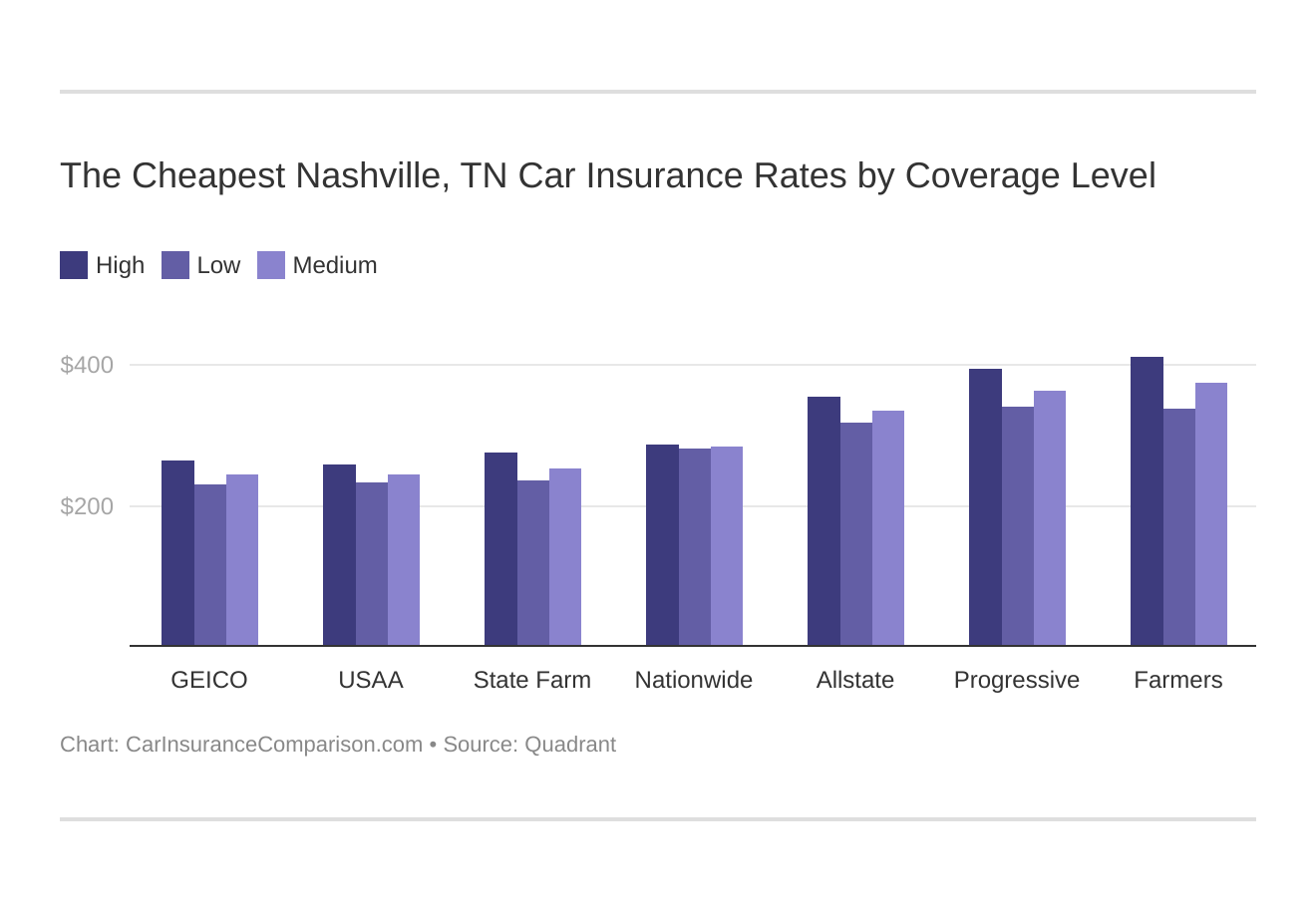 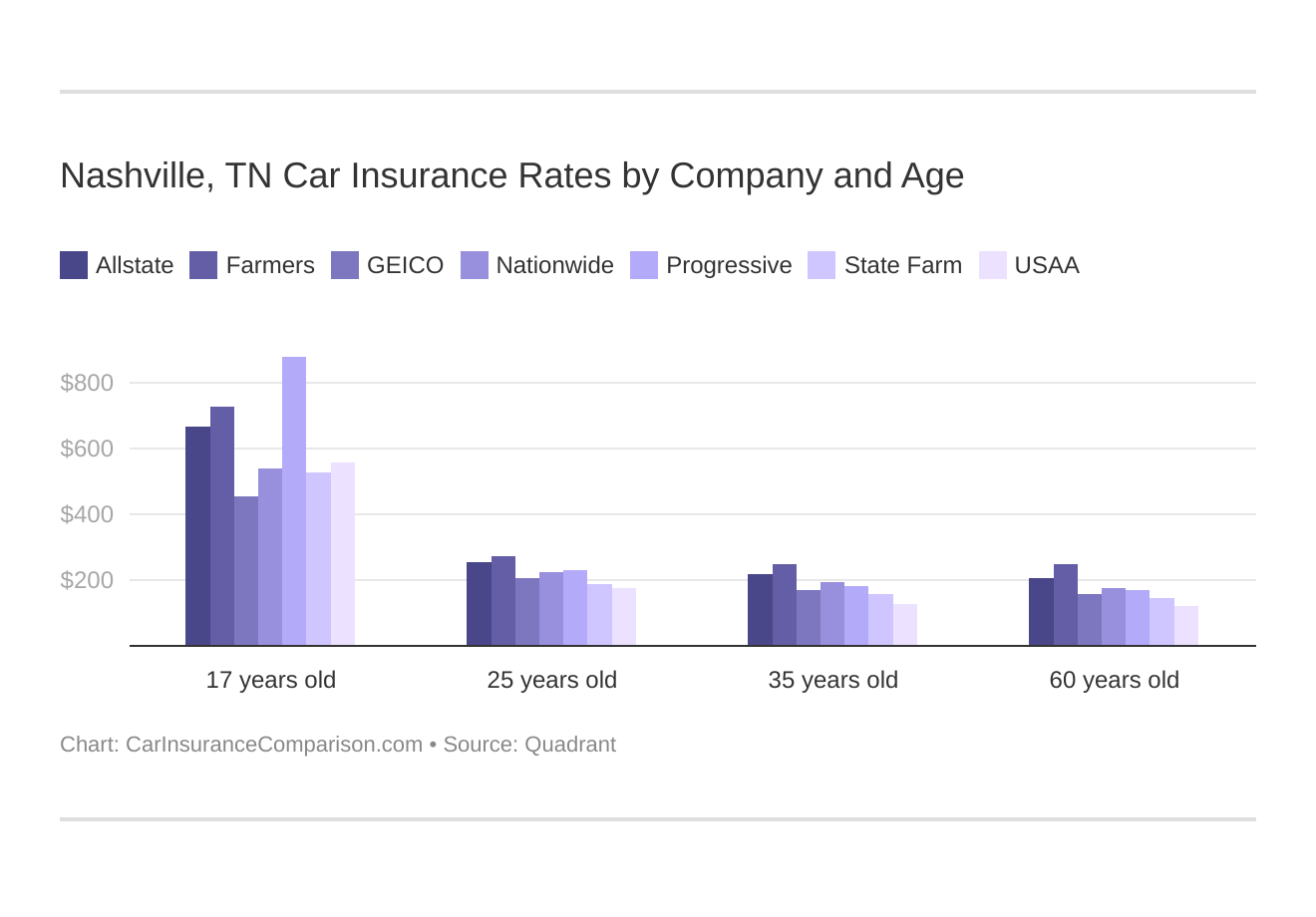 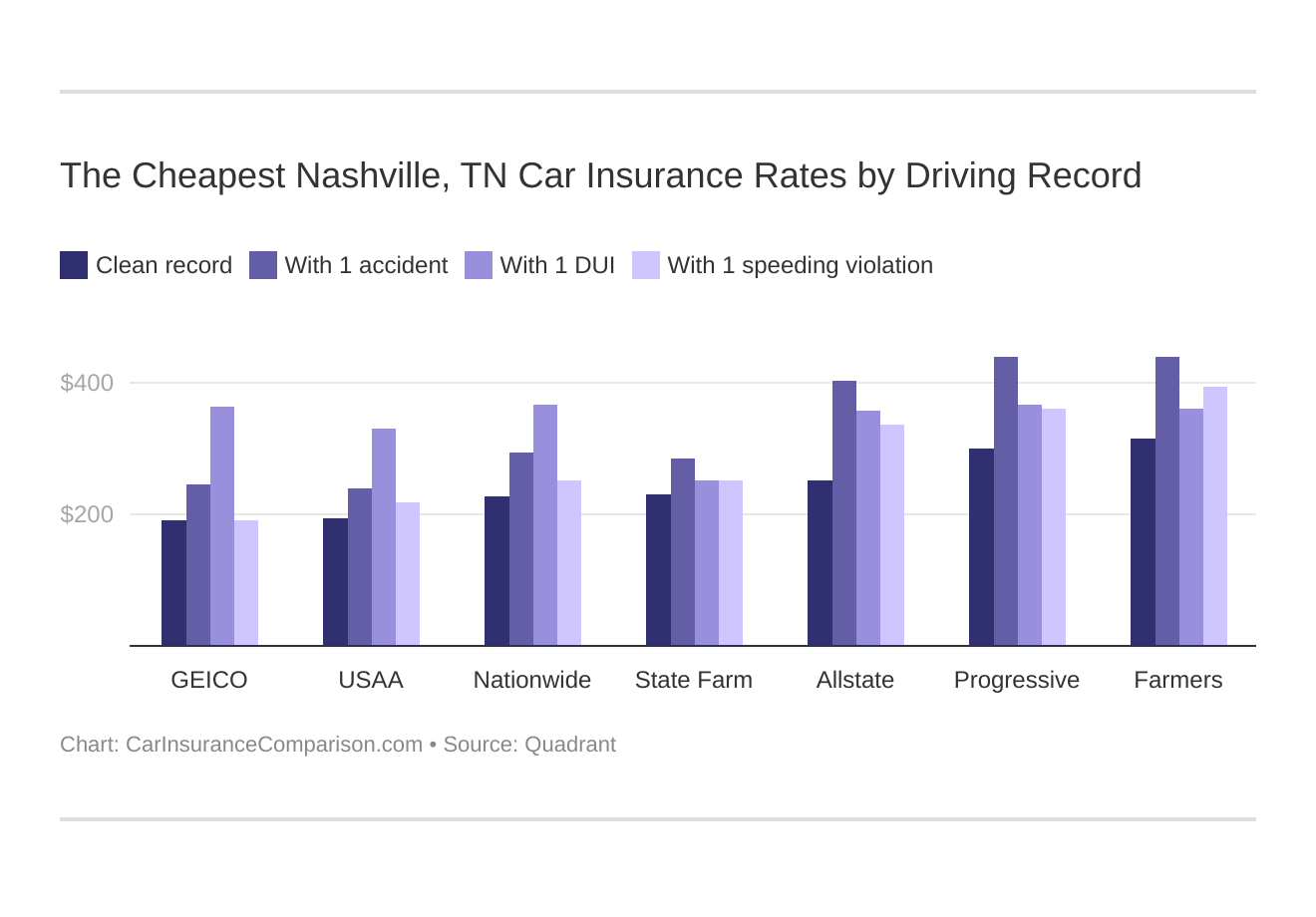 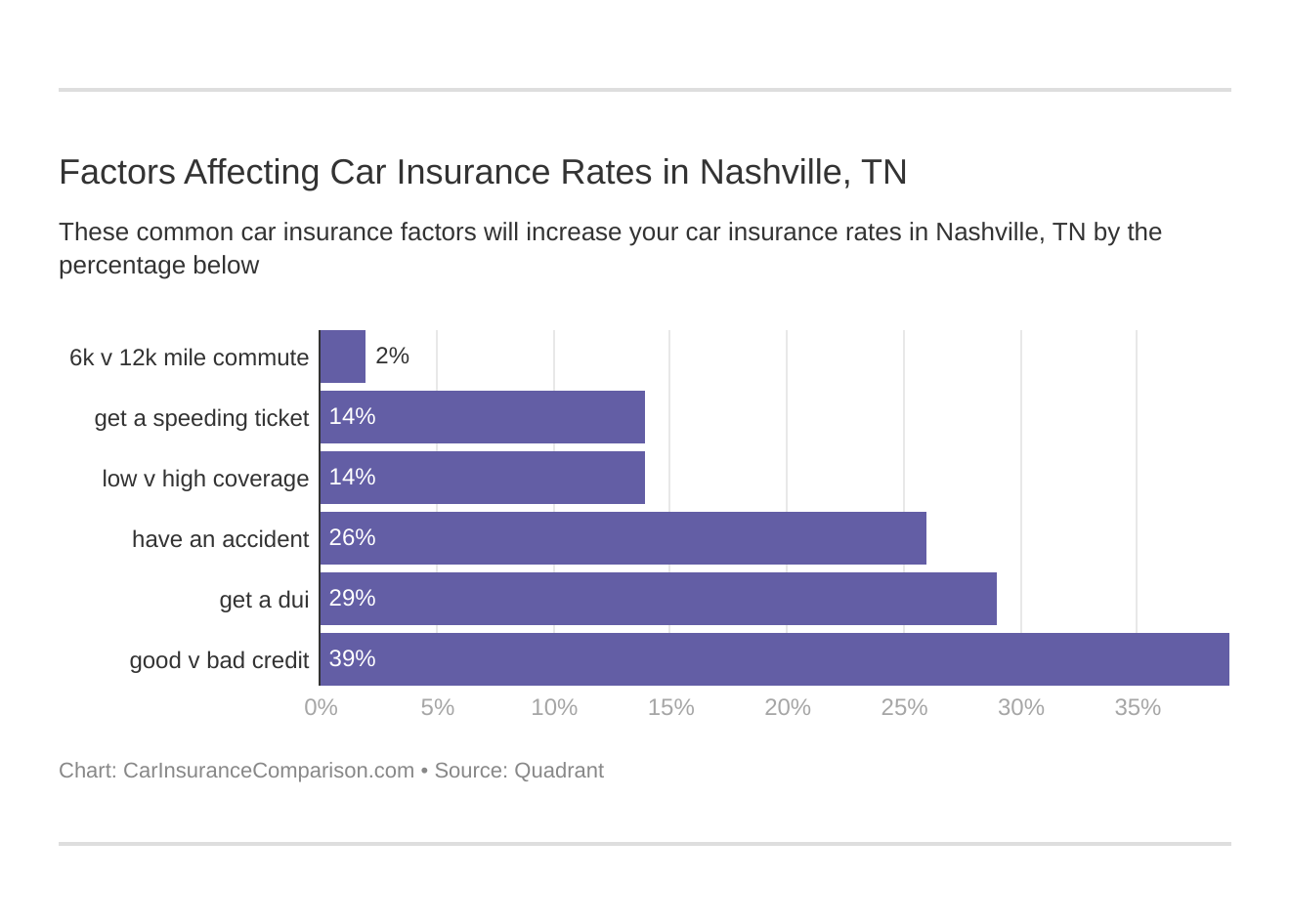