Quotes for car insurance in Henderson, Nevada can be found quite readily for reasonable prices, but one must first do some research.

Insurance policies are based on many factors that include age and driving record. Not all policies can be expected to have the best price and coverage for you. So, if you want to get a good price and good coverage, car insurance research will offer some options for you.

Use our ZIP code comparison tool to save the most money possible on car insurance! We will help you find Nevada coverage for car insurance that fits Henderson’s requirements!

Two different types of car insurance rates are often discussed when looking at the expenses of car insurance. You have the overall premium that includes the full price paid for insurance coverage. This can be expressed as a monthly amount or a yearly amount.

There is also the minimum required liability insurance. This number will always be lower and is usually set by law.

Which city you live in will have a major affect on car insurance. That’s why it’s essential to compare Henderson, NV against other top US metro areas’ auto insurance rates.

Factors affecting auto insurance rates in Henderson, NV may include your commute, coverage level, tickets, DUIs, and credit. Controlling these risk factors will ensure you have the cheapest Henderson, Nevada auto insurance.

Henderson is the second largest Nevada city after Las Vegas with a population of about 260,000. Although the city has very little water of its own, the population has been rising steadily for decade after decade.

People originally came in large numbers to mine magnesium. Now, they come because it is one of the top 50 livable cities in the USA as well as one of the best places for walking. Henderson, Nevada has some of the best walking trails in all of the United States.

Even though there are some of the best walking trails in Nevada, people still need to drive places, so still need insurance.

Liability Insurance at a Glance

Most states have a minimum set amount for liability coverage. This is considered the coverage that all people operating a motor vehicle on the roads must have. Henderson minimum car insurance coverage is governed by Nevada laws which require:

This is called liability insurance. There are other types of insurance available and they will affect your premium cost. Some other popular insurance types include:

Henderson Drivers Under the Microscope

Check out these Henderson, Nevada statistics:

Don’t become a car accident statistics in your area. Drive safe and be alert on the road!

Henderson, Nevada follows the laws of the Nevada state system. These car insurance rules are sometimes strict when compared with those of other states, so a word of warning is required.

You must not let your car insurance expire. If you do, you may be subject to a $250 fine to reinstate it. You may also lose your registration.

Particulars of the Law

Here are some further details worth knowing:

When you are asked for insurance proof by an officer of the law, you must provide it. If your insurance is from another state, but your car is registered in Nevada, your coverage will not be considered valid.

Furthermore, there are laws which govern the cancellation of your insurance and regulate registration. Know the details of your policy and what your car insurance covers!

However, not all of the policies offered are the same. It is important to note that different companies may specialize in different types of policies.

These policies may favor students, or the elderly, or frequent drivers.

You must be able to take a few notes and comparison shop knowing that you may get good coverage and a high rate from one company and poor coverage and a low car insurance rate from another company.

There are no standards set except for the liability coverage as dictated by the state laws.

Agents are paid to sell car insurance. You will find hundreds of them if you search. They can be very helpful to see what is available for you, but they are not always completely objective.

These agents are paid on a commission basis and they don’t represent every policy available.

Although they may be able to provide you with thousands of different policies, they are only human and can only specialize in a few companies and a few policies.

Even if they use a computer to search, there are things that they will not know about and may skip over. Because of this, diligence is that much more important on your part.

There may be many agents clamoring for your business, but not all will have what is best for you. You must take some notes and do some comparison shopping to ensure a good deal.

Local Henderson driving statistics may have little effect on your rates, or they may have a major effect. Sometimes your insurance rates will be higher in one zip code as compared with another. This has no relationship to the safe driving habits of any single driver.

If your car is among the most stolen in the nation, (which include the Honda Accord, the Honda Civic, and the Toyota Camry) cost for theft insurance will certainly be higher than for other vehicles.

Why is my quote so high?

Look at your factors such as:

The above factors and more will be part of your search for the proper policy. These factors are used by the car insurance companies to set prices and create policies for drivers like you. Once you understand your category as a driver, you will be able to negotiate a better policy.

Being aware of your strong points as well as your weak points can help the agency or provider give you a better deal. One area may penalize you where another area may provide a discount.

Although some of this information can be confusing and a bit tedious, it is not too complicated that the average shopper cannot get a better policy and price.

Visit several agencies and get to know the rates and standard policies. It is imperative to take notes and compare the rates offered from one company to the next and one agency to the next.

Although the agent may be friendly and happy to help you, it is your responsibility as a good shopper to compare the details of the car insurance rates being offered.

All policies are not the same and once you become familiar with the market, you can feel more comfortable making a decision.

A Final Note of Advice

Making the proper decision is not only a matter of saving money. It is much more than that. If there is a mishap on the road and you or others end up needing this coverage, you will feel satisfied that you thought it through and made the best decision you could make.

Otherwise, insurance coverage may not help you at all if the wrong coverage is purchased and an accident happens. Let us help you find car insurance with our ZIP comparison tool! Enter your ZIP and begin comparing TODAY! 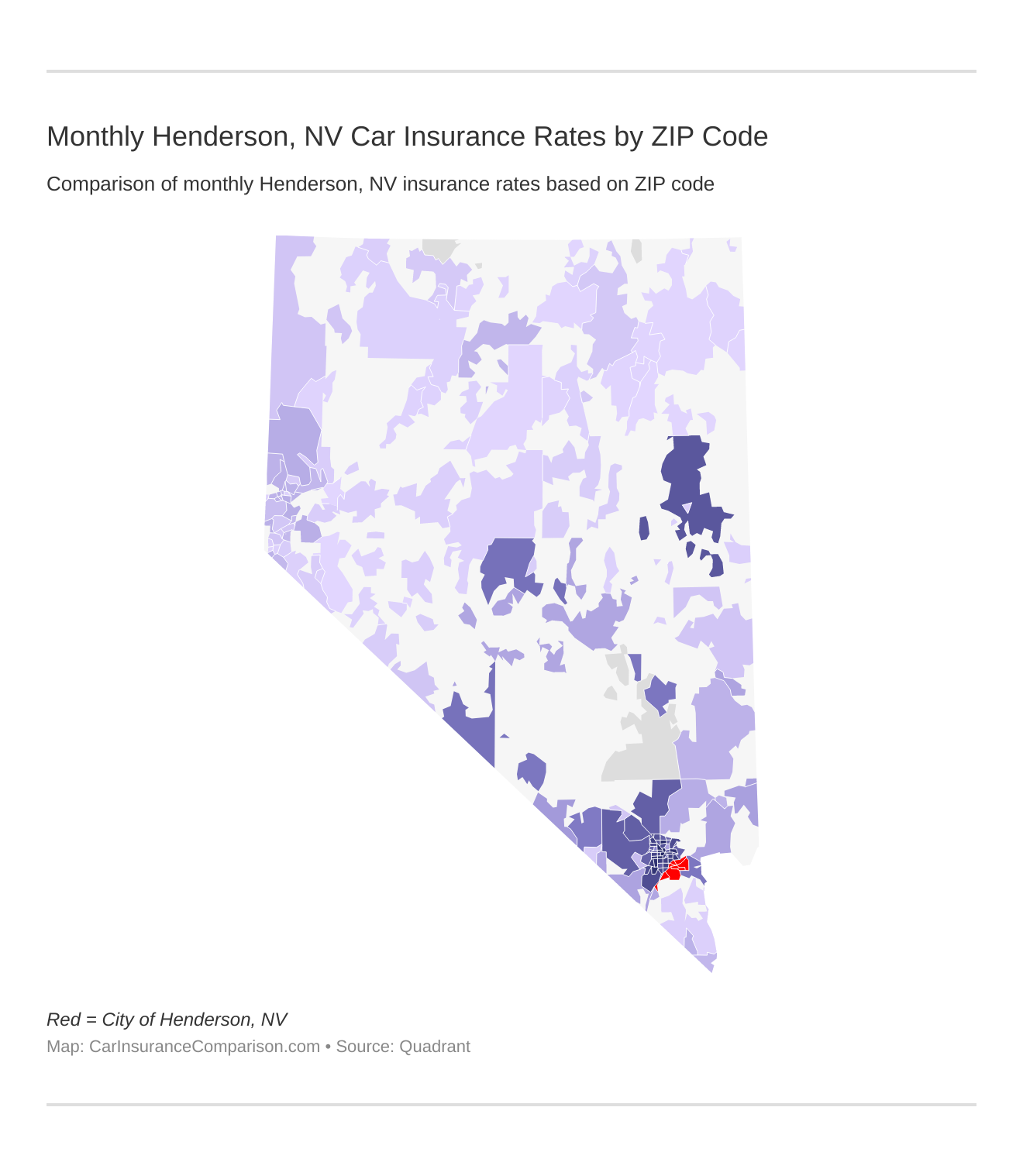 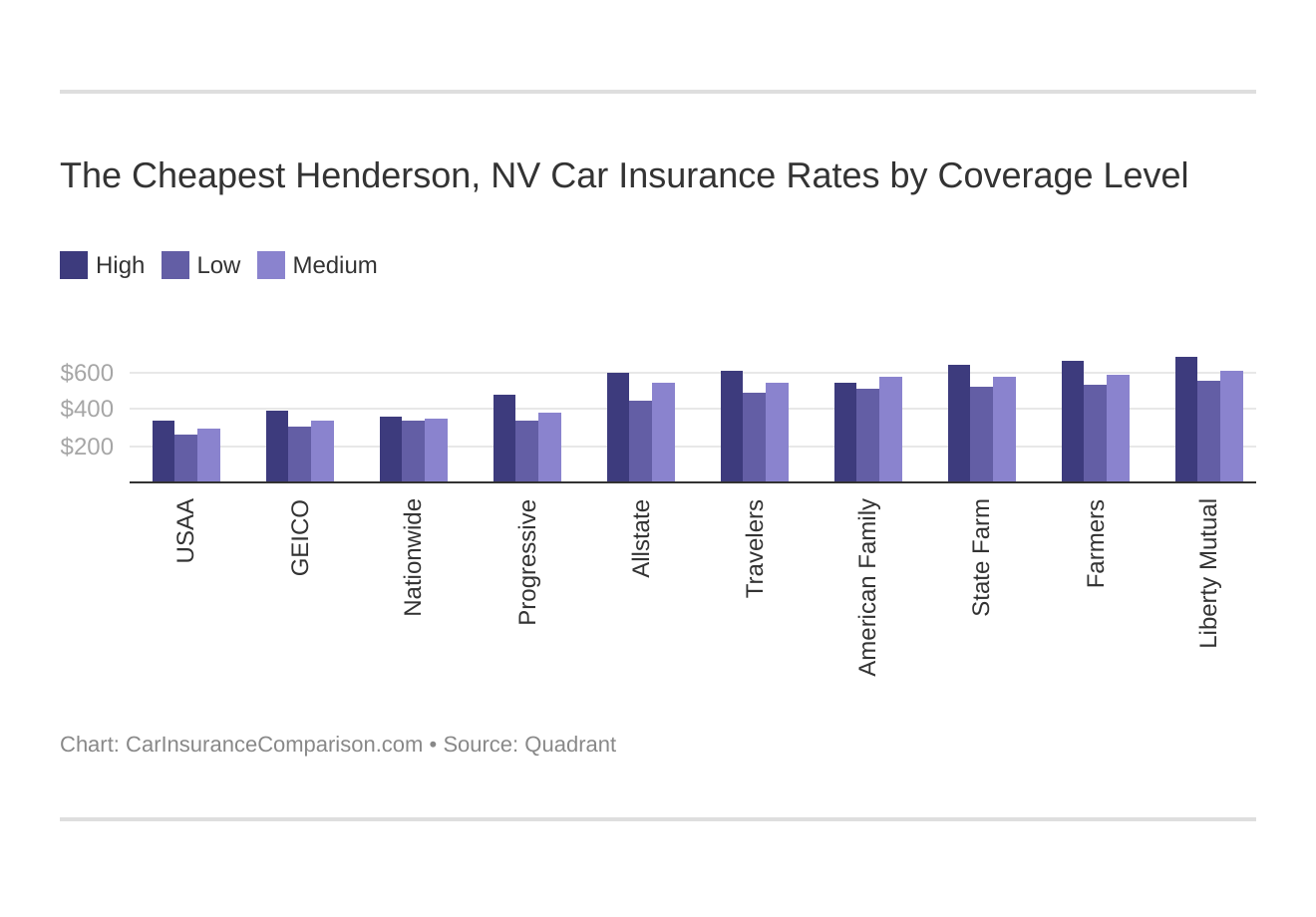 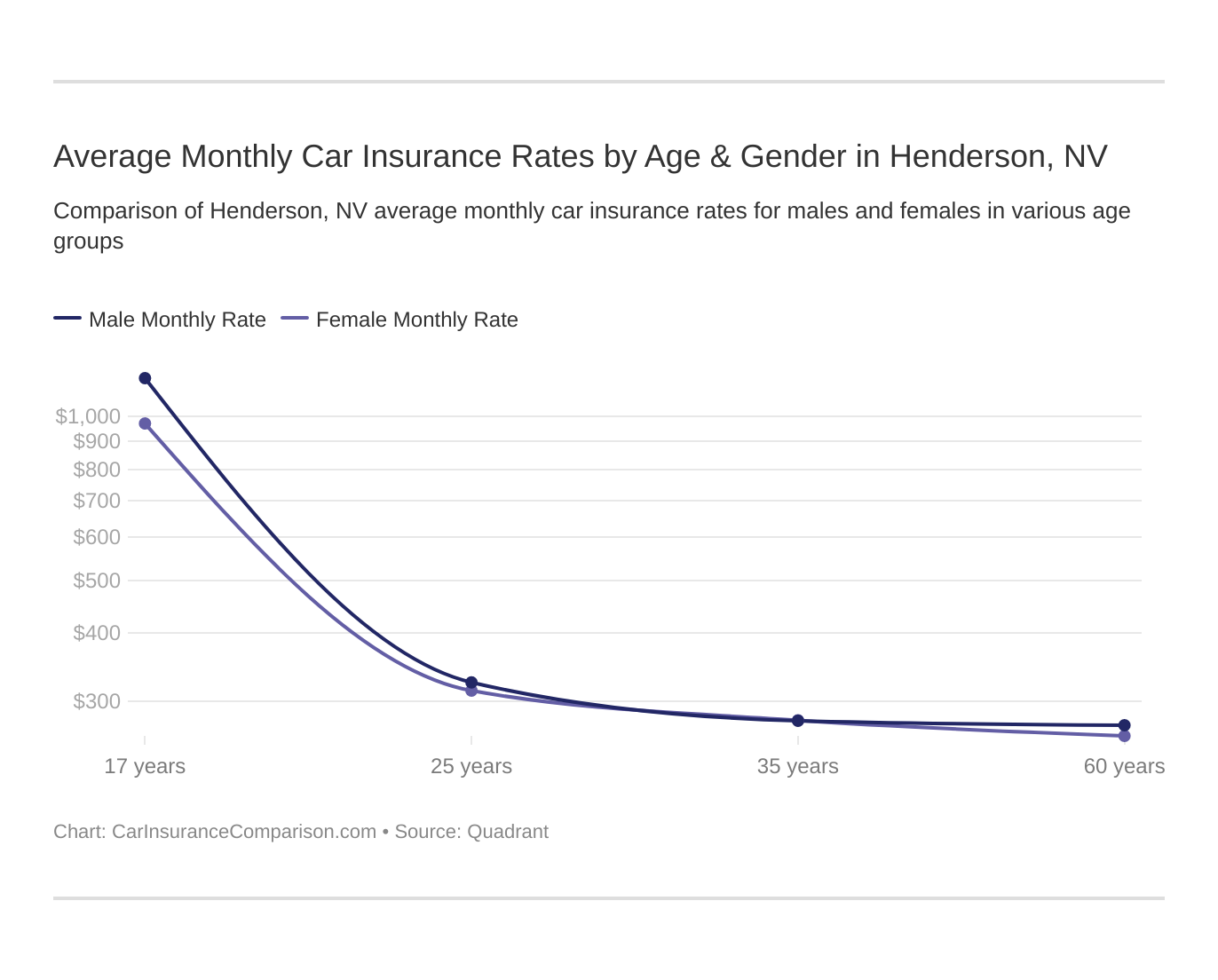 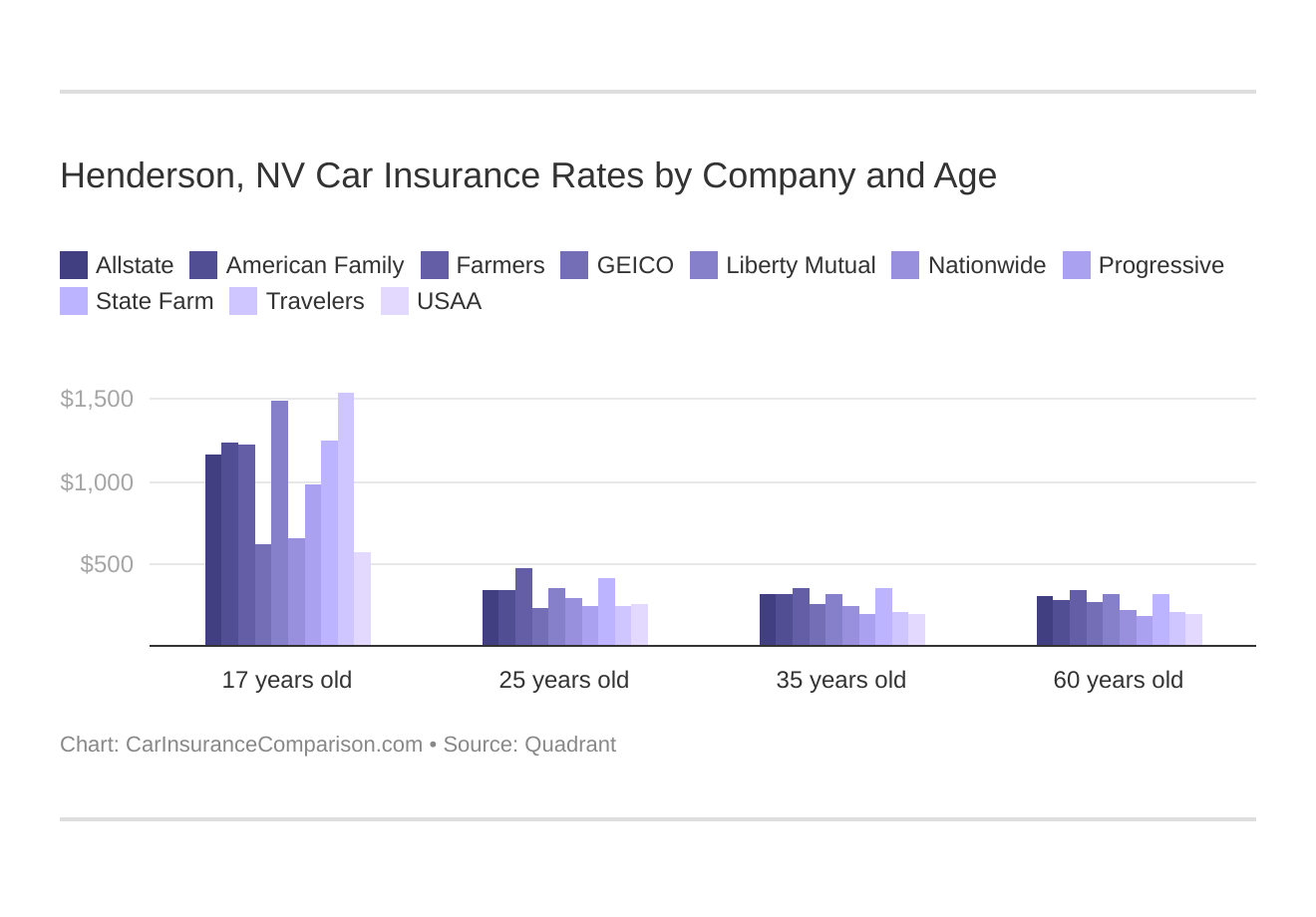