Looking for Las Vegas car insurance that is affordable, even for the most difficult to insure, can be very easy to do. That’s because there’s a free service that takes all of the legwork away from the insurance seeker.

This free service is a comparison website. You can easily choose the car insurance companies that give the lowest quotes. Enter your zip code into the quote tool above to start comparing rates!

ZIP codes will play a major role in your car insurance rates because factors like crime and traffic are calculated by ZIP code. Check out the monthly Las Vegas, Nevada auto insurance rates by ZIP Code below:

You might find yourself asking how does my Las Vegas, Nevada stack up against other top US metro areas’ auto insurance rates? We’ve got your answer below.

These states are no longer using gender to calculate your car insurance rates — Hawaii, Massachusetts, Michigan, Montana, North Carolina, and Pennsylvania. But age is still a major factor because young drivers are often considered high-risk. NV does use gender, so check out the average monthly car insurance rates by age and gender in Las Vegas, NV.

In Las Vegas, if people are going to renew their drivers’ licenses, they need to purchase liability coverage for their vehicles.

After they have done so, they will need to make sure that they carry proof that they have purchased this insurance within their vehicles at all times.

When they are stopped by a law enforcement officer, they will be asked for proof of car insurance. If they cannot produce this proof, they may have their drivers’ licenses suspended or revoked.

When it comes time to renew a driver’s license in Las Vegas, these residents won’t be able to do so if they cannot demonstrate that they have purchased Nevada’s mandatory minimum coverage for car insurance.

Las Vegas’s car insurance requirements are those that have been set for the entire state of Nevada. People in Las Vegas must be able to present proof that they have bodily injury liability and property damage liability coverage.

Because Las Vegas is located within a tort state, one driver will have to be found liable for causing an accident.

When one person has been found to be at-fault in a car collision in Las Vegas, that person will be required to pay all of the medical expenses for the driver and the driver’s passengers that were hurt in the accident.

If there were pedestrians on the street who were injured in this accident, the at-fault driver will have to pay for these people’s medical expenses, also.

The at-fault driver will be responsible for any property damaged in the accident such as the other driver’s vehicle. The accident may have resulted in damage to city property like light poles, fire hydrants. and traffic lights.

The city of Las Vegas will give the at-fault driver the bills for these structures if they are damaged to the point of needing to be repaired or replaced.

During collisions in Las Vegas, there have been several instances where drivers have driven right into people’s houses or places of business.

These structures will definitely need to be repaired and the at-fault driver will be presented with the bills in order to meet this obligation.

Since Las Vegas is located within a tort state, drivers involved in an accident will need to help find out who was to blame for the accident.

Each driver must obtain the following information for the other driver’s license:

This is to make sure that the names they are being given are the actual names of the drivers.

The other action drivers can take to help determine fault later is to take pictures at the scene of the accident.

These pictures can later be used to demonstrate the damage that was done to both vehicles so that neither side can deny the severity of the damages caused to either vehicle.

The most important thing, in regard to car insurance rules, that drivers need to do in Las Vegas when the car collision occurs is to call the police.

The police report will be able to demonstrate fault to the insurance company and this makes it a lot easier for people to be compensated for their bodily injuries and property damage.

The city of Las Vegas contains the popular car insurance companies that everyone has heard of and trusts to a large extent. These companies include:

All of these companies have been rated by J.D. Power and Associates which rates insurance companies by how well they satisfy their customers’ needs.

Farmer’s insurance agency has received an overall satisfaction rating that places it below average for categories such as pricing, policies, billing issues and the ability to contact someone to help them with their issues.

Of these large car insurance companies that have a presence in Las Vegas, people can easily find local branches near them.

For example, State Farm insurance company has at least seven branches throughout the city of Las Vegas and they are all in competition with one another. This fact makes purchasing car insurance coverage advantageous to the purchaser.

With several people competing for everyone’s business, they will be obligated to offer the best quotes for auto insurance coverage.

Drivers looking for Las Vegas coverage who ask for quotes from these seven different State Farm insurance agents, for example, will be able to purchase the same coverage for the lowest price that will be offered.

The reasons for such high Las Vegas auto insurance rates relates to the numbers of auto accidents that occur within the city; high accident statistics make it so that insurance companies will charge higher rates especially for the males.

Insurance companies will also base their rates on how often a car is stolen. In the city of Las Vegas, the most stolen vehicle is the 1992 Honda Accord.

It makes it imperative for people who own these types of vehicles to compare quotes in order to receive car insurance that won’t cause them to decide between eating and paying their car insurance premiums.

Drivers in Las Vegas need to have at least $15,000 to cover the medical bills for one person who files a claim with the insurance company.

Drivers will also need to have $10,000 to repair all of the property damaged in the accident they have caused.

These mandatory minimum state requirements for auto insurance can be found for the most affordable price by visiting a comparison website. Sometimes, people who are looking for car insurance are hard to insure.

They may have several points on their records because they have been arrested before for reckless driving. Insurance companies assign these people the label of “high-risk drivers.”

Being a high risk puts people who don’t have a lot of money to spend on car insurance in a difficult position.

They need to have car insurance in order to drive their cars legally, but they can’t afford the premiums that their current insurance companies are charging them. At this time, these people can go to the competition.

By comparing quotes, people with speeding tickets and parking tickets will be able to purchase the city’s insurance coverage for prices that they can afford.

Car insurance in Las Vegas is more expensive than a lot of cities in the country. Drivers need insurance and they need a way to be able to find the most affordable premiums possible.

Las Vegas drivers can do this right this second by filling in their information on the comparison website. Several quotes will be returned to them and they will be happy with what they find.

Find affordable car insurance by entering your ZIP code into our FREE search before! 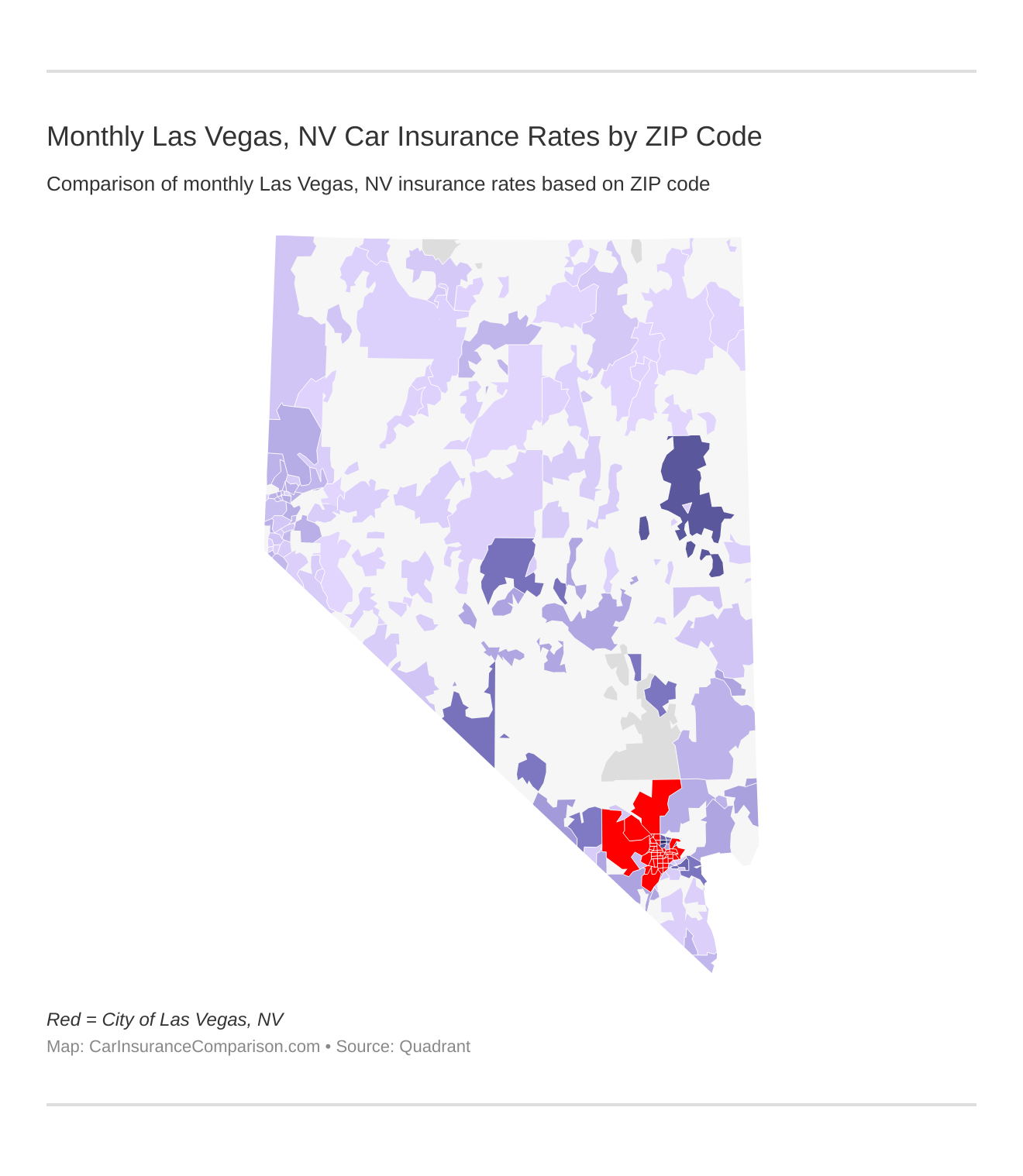 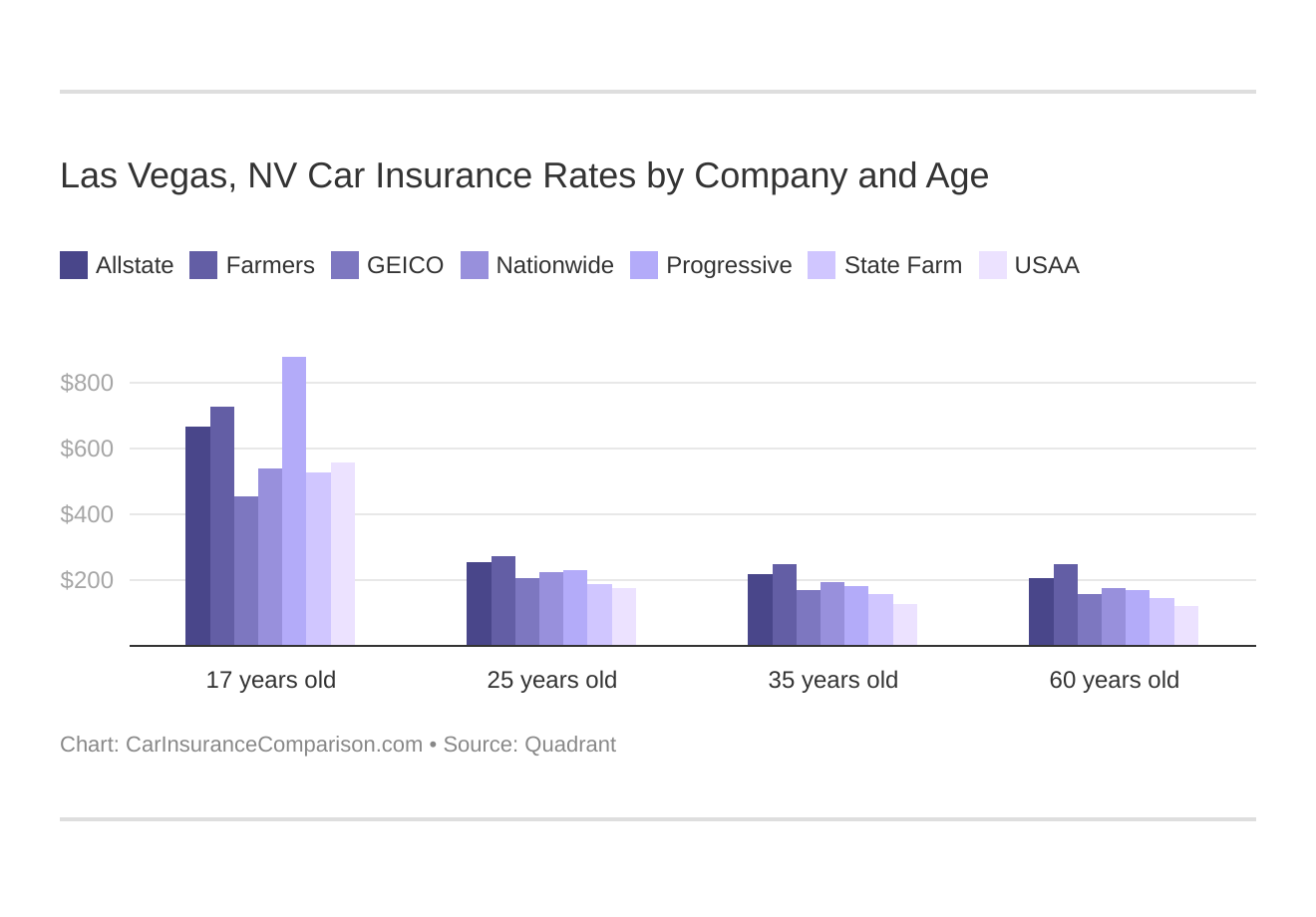 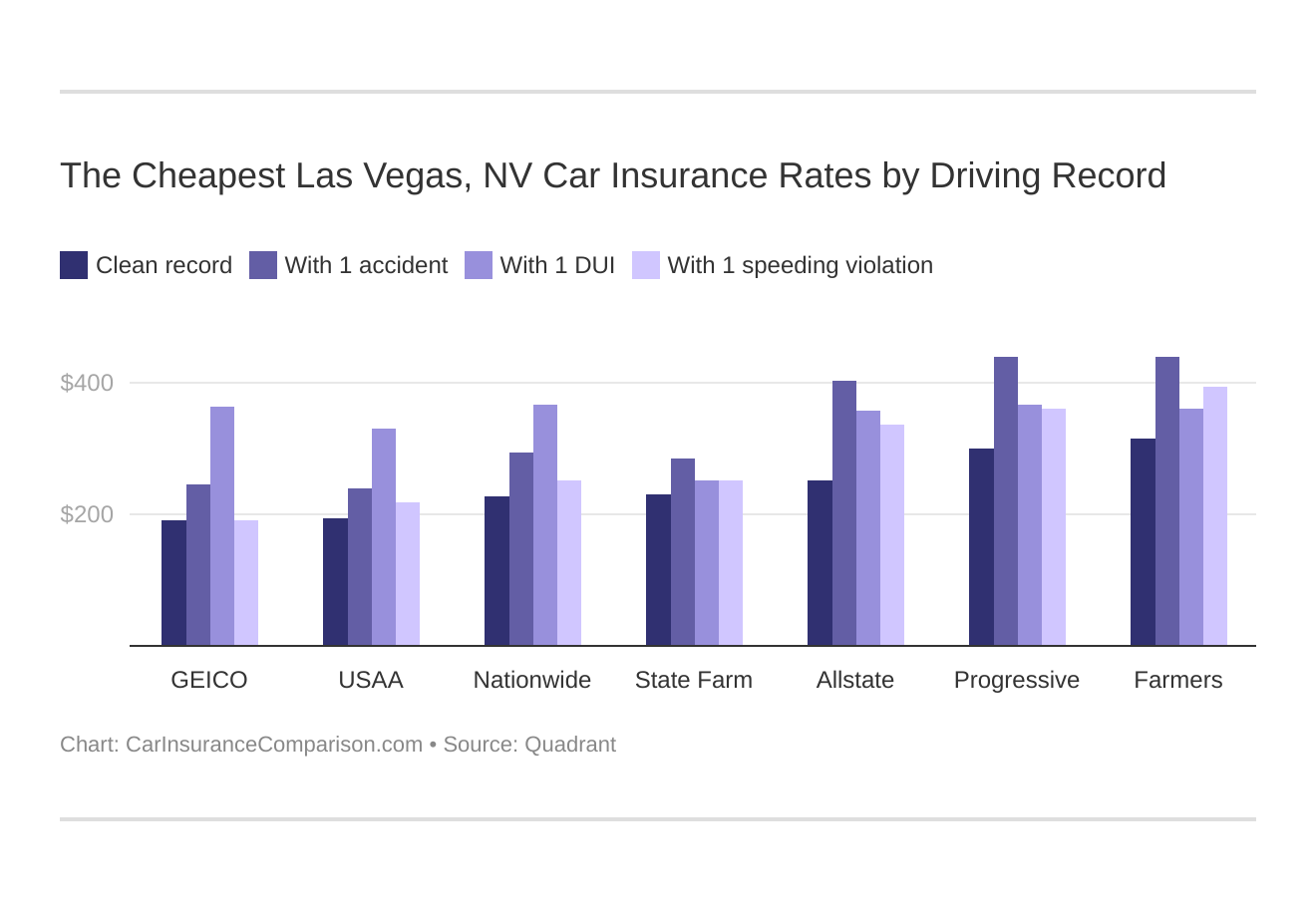