Want to drive like a tech elite? Some of the wealthiest people pay more than $400/mo. for car insurance on luxury vehicles. Enter your ZIP below, compare rates, and save today.

The word technology combines the Greek words technē (art, craft) and logos (word, speech) and means “discourse on the arts, both fine and applied” and first appeared in the English language back in the seventeenth century.

In our modern day, we are surrounded by technology . . . from self-driving cars to refrigerators that write grocery lists for us. Once spoiled by these intelligent devices, we soon forget there was a life without them.

By the middle of the 20th century, technology had greatly evolved and gained a new definition: “the means or activity by which man seeks to change or manipulate his environment.”

The tech advancements of today determine the job opportunities and way of life for tomorrow.

The technological revolution, coined “The Fourth Industrial Revolution,” is changing our world at an exponential rate and capacity.

This countdown of our nation’s top tech elites is based on their current net worth.

The annual insurance costs were found by averaging five auto insurance quotes from top providers for each of the 18 elites on our list. The quotes were derived using the following details for each individual:

Tech on the Road

We are going to focus on what we know best — their cars.

But first, we want to point out some common denominators these tech elites share with you when it comes to car insurance.

Car insurance companies use the same specific details to determine policy rates no matter how rich and famous their potential customers are.

18 Tech Leaders in America and Their Cars

There are countless brilliant minds who have dedicated their lives to make these technological advancements possible.

Have you ever wanted to know more about the innovators behind this life-changing revolution? Would you like to walk in their expensive shoes for a day? Well, today we will give you a window to glance into the life of the biggest Tech Elites in our society.

The factors that determine our car insurance costs might be on a very short list of things we have in common with the Tech Elites in this countdown . . . but it’s a start! 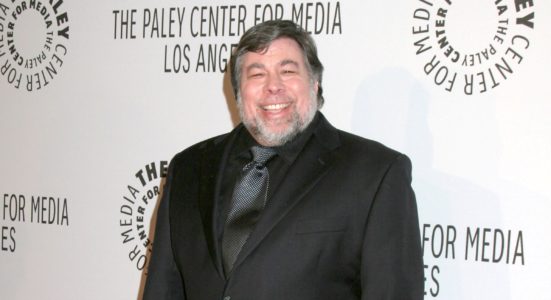 At only 30 years old, Jack became the CEO of Twitter. He is one of the youngest billionaires in the world. He didn’t purchase his first car, the BMW M3, until he was in his mid 30s.

“Dorsey does not often flaunt his billions and reportedly even takes the bus to work. He told the New Yorker he uses the commute to do market research” – Business Insider

“Featuring a unique blend of beauty, smoothness, safety and power, SL500 is considered one of the finest automobiles ever made.” – Born Rich

He might be a tech genius, but he also has a passion for cars. At age 17 Spiegel wrote in a letter to his parents, “Cars bring me sheer joy.”

“I’ve been obsessed with Ferrari since before I can remember.” – Evan Spiegel

Luckily for him, he wasn’t very old before he could (quite easily) afford his all-time favorite. In both 2015 and 2016, Evan was named the youngest self-made billionaire in the world.

In 2002, after becoming a multimillionaire thanks to his work with PayPal, Reid decided to invest his newfound riches in one of the first solar panel companies, Nanosolar, rather than a fancy vehicle.

“I started to think about the value of money…would I rather invest in a luxury car or make a play in changing the world?” – Reid Hoffman

Gabe answered questions from fans about his car on Reddit. He wrote that his Cayman is a bit odd with a 911 engine.

“It has the X51 powerkit, and some other mods, so it gets ~420 bhp at the wheels according to the dyno. It’s a fun track car while still being well behaved in stop-and-go I90 traffic.”

“Growing up in the Sacramento Valley in the ’70s, we were all pretty big into cars.” – Gabe Newell

Eric rolls in with one of the most modest cars on this countdown with his $11,000 second-generation Toyota Prius Hybrid.

However, his Prius’ current value is far from modest after the $120,000 he spent on upgrades, which include his current passion: autonomous driving features.

Paul Allen was Bill Gate’s partner in founding Microsoft and is one of the richest men in the world. He drives a 1988 Porsche 959 Coupe, just like his buddy Bill.

But, Paul is more often spotted driving around town in his trusty Mazda pickup truck.

Sadly in 2000, Musk totaled his “fastest car in the world” on a joy ride with his business partner and fellow billionaire friend, Peter Thiel.

“You know, I had read all these stories about people who made money and bought sports cars and crashed them. But I knew it would never happen to me, so I didn’t get any insurance.” – Elon Musk

In 2013, Musk spent just under one million dollars on the Lotus Esprit from the James Bond movie “The Spy Who Loved Me.” He said he is going to make it transform into a submarine in real life like it does in the movie.

“Dell is a fan of super cars and is an avid collector of cars. His garage is home to some of the most spectacular automobiles.” –The Billionaire Club

His cars are just icing on the cake with four massive homes and “one of the most cozy and comfortable business jets on the planet.”

Steve Ballmer, a top 100 billionaire in the world, certainly doesn’t need any sort of financial aid, but he was given the Ford Fusion Hybrid in 2009 as a token of appreciation from Ford’s then CEO and President Allen Mulally.

Steve’s Fusion is the millionth car to be equipped with Microsoft’s Sync smart technology.

Sergey also has two mansions and two jets. He was born in the Soviet Union and lived in Moscow until his family immigrated to the U.S. in 1979.

Like his business partner, Sergey Brin, and other billionaires on this list, Page also owns “the world’s first mainstream hybrid vehicle that’s been sold to the masses,” the techie’s beloved Toyota Prius.

“Larry does things different. Instead of the typical sports-cars and luxury limousines or enormous SUV’s, his garage is futuristic, with alternative power-plants providing the propulsion of choice.” – Car Trade

In addition to his four cars and four ex-wives, Ellison has eight mansions, two yachts, two jets, and his very own island. In 2012, Larry purchased Lanai, Hawaii’s sixth-largest island, for an estimated price of over $500 million.

“No one enjoys money like Larry. He collects real estate, cars, airplanes, yachts. As a self-made man that came from modest beginnings, he has also developed an ego the size of his fortune.” – Business Insider

Mark might be one of the top five richest people in the entire world, but his car collection seems to tell a different story:

This young billionaire does splurge at times. For example, he purchased a Pagani Huayra for $1.5 million adding a little bling to his formerly humble collection.

In a Washington Post interview, Jeff was asked how his life has changed since Amazon’s initial public offering back in 1997.

“How has my life changed post-IPO? Personally, it hasn’t changed at all. I still drive a 1996 Honda Accord. The big difference is that we now have $50 million in the bank, which is huge.” – Jeff Bezos

But it’s only fair to also mention that Bezos now owns a $66.5 million jet, the Gulfstream G650ER.

In addition to his three children, three Porsches, three homes, a jet, and a yacht, Gates owns Grand Bogue Caye, the largest island in the Republic of Belize, and over $130 million in rare art.

His primary residence, worth $147.5 million, has a trampoline room, digital aquarium, 24 bathrooms, rooftop infinity pool, its own internet server, and a ten car underground garage.

Does it seem like these Tech Elites should be paying more for their car insurance?

If the above averages seem low to you, keep in mind many of these wealthy men have multiple cars in their garage, don’t need to drive often, and have the finest vehicle features in existence. This means they qualify a lot of discounts — multi-car, low mileage, safety feature, and vehicle recovery discounts. . . Oh to be rich.

After drooling over the above list of extravagant toys, you may be wondering how you can be more like these bold, innovative, brilliant, (absurdly rich) tech elites.

Below is a list of the daily routines and habits of the wealthiest people in the world.

20 Tips to be Successful (and Wealthy!)

As you can see, being successful requires hard work, being smart, and planning ahead.

Always remember that no amount of money makes you invincible, and on the road you can lose everything you worked so hard for—in only an instant.

Learn from Elon Musk’s mistake so you don’t find yourself in a crumpled car wishing you had only invested in car insurance!